What Is Wrought Iron Used For

When you tell your home designer you want wrought iron railings, he or she likely sees the value of your home going up considerably. Not only are these gates beautiful but they also last a long time and provide extra security. Metal smithing with iron is a skill that 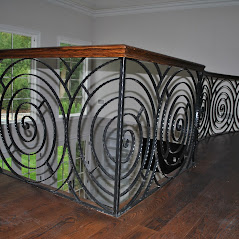 requires experience and an eye for intricate details. As a result, true ironworks can be expensive. There are other options that still exhibit the same look without requiring the extensive labor that iron does.

Iron smithing is traditionally done by hand. Iron is heated so that it becomes malleable. Once it reaches a certain temperature, it can be shaped into whatever the metalsmith wants it to look like. As it cools, it is often pounded with a hammer to put finishing touches on it. When a gate has been created this way, you will probably be able to see the indentations from the hammer in the final product. This gives it the signature look that most people expect with wrought iron gates.

Iron is used in fences, gates, sconces and other decorative features to produce a certain look. Wrought iron is heavy and thus 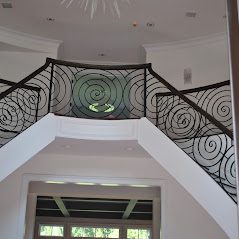 expensive to ship. It also can be more difficult to install, which drives up the price as well.

Those who add architectural touches such as wrought iron often use other metals to achieve the same effect. Aluminum and carbon steel are much lighter, so they cost less to ship. Installation does not require the support structures that gates made of iron do, so steel and aluminum gates can often be installed without having to reinforce the pillars on either side of them.

Wrought iron gates can increase the value of your home, improving curb appeal with a lovely aesthetic touch. Whether you choose traditional wrought iron or get the same effect with gates made of lighter metals, you can achieve a beautiful effect.